Learning a second language provides far more than professional opportunities. It develops better social and communicative skills and a deeper knowledge of the world.

We have to stop thinking that speaking a foreign language is a nice-to-have rather than a must-have asset.

We live in a competitive world where competition for jobs is increasingly fierce. Not only that, the world is more interconnected than ever and therefore, learning languages is crucial. In fact it’s vital. It is no longer an advantage for a job seeker to speak just one non-native language. Rather, it now could be a drawback for a job seeker to only speak one language. Here there are some eye opening facts:

In the public sector, more than one quarter of the “State Department’s language-designated positions” could not be filled with fully qualified personnel in 2012. Similarly, only 28% of language designated positions in the Department of Defense were filled with personnel who met the proficiency level requirements. U.S. Army soldiers can earn up to $1,000 extra per month by demonstrating proficiency in multiple languages

In the private sector, companies targeting global audiences are seeking bilingual employees to broaden their reach. In New Jersey in particular, there is an increasing demand from employers for candidates who speak world languages. In 2014, jobs for bilingual workers represented at least 1 in 5 online job postings at many of New Jersey’s top employers[4].  New Jersey’s key industries (including Finance and Insurance, Health Care and Social Assistance, and Educational Services) accounted for 3,552 online job postings for bilingual candidates in 2014. Finally, from 2010 to 2014, industries that require high levels of service and communication also show increased demand for bilingual job candidates.

In summary, learning a foreign language makes students more marketable, opens the door for higher pay, and prepares them to join the global workforce. 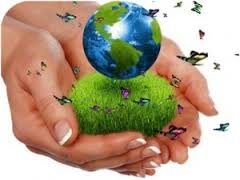 “To have another language is to possess a second soul” – Charlemagne

Thomas Jefferson is probably one of the best examples of a multilingual American. “I read Greek, Latin, French, Italian, Spanish, and English of course, with something of its radix the Anglo-Saxon.” In addition to the languages he lists, there is some evidence that Jefferson was attempting German. The third president of United States knew the importance to learn other languages and cultures for political reasons.

Language learning is not only a means of improved communication, but more importantly it plays a key role in promoting global understanding and respecting cultural differences.  Language exposes students to another culture, sparking curiosity, empathy and understanding. And these qualities prepare students to interact with people of all ethnicities and backgrounds.

Learning a language is a double win. As brilliant translator Michael Hofmann explains well, “to speak a single language is to be enclosed in one cultural possibility – to be preordained to live in the linguistic and cultural cage into which you are born. If you don’t have another language, you are condemned to occupy the same positions, the same phrases all your life,” he wrote. “It’s harder to outwit yourself, harder to doubt yourself in just one language. It’s harder to play.” To acquire another language is to open yourself up to the world and to increase vastly your employability.

On the classic TV show “I Love Lucy,” Ricky Ricardo was known for switching into rapid-fire Spanish whenever he was upset, despite the fact Lucy had no idea what her Cuban husband was saying. These scenes were comedy gold, but they also provided a relatable portrayal of the linguistic phenomenon of code-switching.

Code-switching requires a great brain effort. It means that the brain has to discriminate selectively one language as you speak the other, when it is known that both languages are active all the time. It requires a great amount of processing functions in our brains.

There is enough experimental evidence to state that children mastering in more than one language face higher brain processing demands that lead to an increase in brain activity. This increase improves their “brain’s executive function”, the system we use for problem solving, planning, flexible switching, focusing, multi-tasking, inhibitory control, etc. This means that children with a high command of a second language improve their ability to adjust to changes in demands or priorities and switch between goals, increase memory and concentration skills, among others.

Metalinguistic ability is also improved though the acquisition of a second language. This ability allows children to see through the meaning of language to its underlying structure. With metalinguistic ability, children can analyze linguistic representations to extract general grammatical rules and state them explicitly, and control attention to different aspects of a sentence or a word such as its form or its meaning. Of the different metalinguistic abilities, phonological awareness has received most attention. Phonological awareness is the ability to recognize and manipulate linguistic sounds separate from their meanings and has been shown to have a significant contribution to children learning to read.

People who speak two languages have also been shown to have more efficient monitoring systems. According to a study performed by the University of Maryland in conjunction with the University of Pennsylvania and Barcelona, monolinguals and bilinguals respond similarly when the brain’s monitoring system is not taxed, but in conditions requiring high monitoring demands, bilinguals were faster. Bilingual people also outperform monolingual people in spatial working memory tasks.

Studies indicates too that early exposure (before the age of 3) to different languages continues to influence neural processing later in life even after the language is no longer used. Another study by Susan E. Carey, Harvard University, shows that better cognitive development is gained as early as in 7 month old bilingual infants.

We all know that taking part in stimulating physical or mental activity can help maintain cognitive function. It turns out that learning a second language has long lasting cognitive benefits even if it is learnt later in life. It promotes the maintenance of white matter[5]integrity and increases the grey matter[6]. In fact, the higher command in a second language, the better for the brain; the effects of long-life bilingualism on neural circuitry have been shown to promote cognitive reserve[7] in elderly people. As a result, elderly bilinguals outperform monolinguals in executive control tasks.

Furthermore, the ability to speak more than one language helps to delay behavioral symptoms associated with neurodegenerative disorders such as dementia. In particular, the estimated age of onset of Alzheimer’s and the age of the first medical appointment related to symptoms associated with dementia are about 4–5 years later in proficient bilinguals than in monolinguals. This is not to say that mastering at a second language protects against the development of neurodegenerative diseases. Rather, the symptoms associated with such diseases may be delayed in people able to speak more than one language because of the presence of greater cognitive reserve caused by the bilingual experience.

A newer study published by the American Heart Association revealed the people who speak two or more languages are twice as likely to have normal cognition after strokes as those who speak only one.