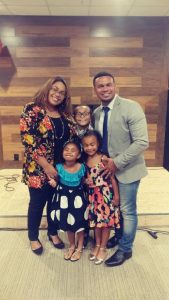 My name is Yesenia Ortiz, I am the new spanish toddler teacher. I am anticipating great things for our class and can’t wait to meet you all. Being able to sow a seed in a child , while building them in becoming bilinguals is a tremendous opportunity to partake in.
I was born in Puerto Rico , but was raised in Buffalo, NY. During my elementary years I attended a bilingual school which allowed me to be fluent in both spanish and English . As I grew older, I realized the benefits in being bilingual. Today, I am mother of three beautiful children, and work very hard to maintain the native language at home. The need of building bilingual students has motivated me to pursue this career. I am a recent graduate of Grand Canyon University and have attained my bachelors in Science and Elementary. Teaching has been a passion of mine for many years, it is a privilege to have made it this far.
Let’s make the best out of this school year!
Mrs Ortiz

My name is Anyolina Fajardo, and I am the new Spanish teacher of Spanish as a Second Language class which started in September. I am very happy and grateful of being part of the Bilingual Families of SJ community.

Let me tell you a little bit about myself. I am from Dominican Republic and I am the mother of two beautiful teenager daughters. I received my Bachelor of Arts in Spanish at Rutgers University. I am K-12 certified and this is my 10th year in the teaching field. I taught pre-k-6th at Oaklyn Public Schools. Currently, I am teaching k-4th at Pennsauken Elementary Schools. I love teaching Spanish, especially to little ones. It is very rewarding for me to teach Spanish to our future generation as their second or third language.

I know the importance of being a second language learner because I am myself. I believe that learning a second language open doors and I am an example of it. Be able to live in a foreign country gave me the courage and inspiration of becoming a teacher. I remember that when I was little I wanted to help people. Becoming a teacher was the best way to pursue my dreams. I am aware that it is not easy to learn a language but I believe you will success if you put the mind, the heart and the dedication. 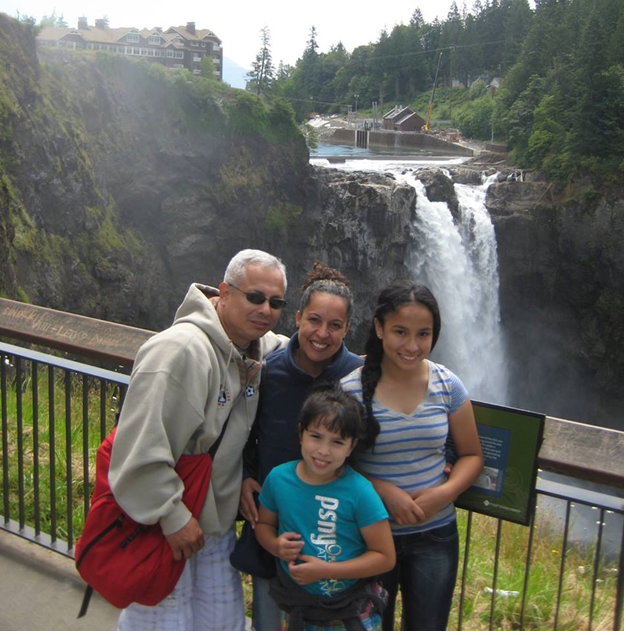 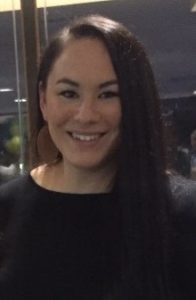 ¡Hola! My name is Erika McCool and I will be the new Spanish pre-school teacher for the class ¨Spanish as a Second Language¨ starting in February. I am so honored to be part of the Bilingual Families of SJ community! I received my Bachelor of Arts in Educational Foundations and Spanish at the University of Oregon. After that, I stayed at the University of Oregon for another year and received my Masters of Education in Teaching and Curriculum along with my Oregon Teaching Certificate in Elementary Education and English for Speakers of Other Languages. I immediately started teaching after graduation in a Spanish Immersion School in Eugene, OR, where I taught 3rd grade. After living in Oregon for the past 6 years, I decided to move back home to be closer to family. I currently work as a leave of absence elementary Spanish teacher for grades 1-3 in the Haddonfield Public Schools district. I am excited to continue my line of work with your children and hopefully create a passion for the learning the Spanish language!

I have wanted to teach ever since I was in kindergarten. To this day I can clearly remember coming home from school one day and proudly telling my mom I wanted to be just like my kindergarten teacher, Mrs. Williams. I couldn’t be happier that I have realized that dream. My family has always been a great support system, which is why I made the decision to relocate home to the South Jersey area. I am originally from Moorestown, NJ where I played soccer, ba
sketball and lacrosse. Upon graduating at MHS, I received a scholarship to play lacrosse at the University of Oregon, where I was a four-year starting defender and an All-Academic team member for 3 seasons. Being part of a team has taught me the importance of community, and how it takes a great deal of teamwork in order to find success. I embrace that whole-heartedly and am proud to continue that work in the classroom and schools that I work with in order to accomplish those goals.

I am extremely thankful to have received such a wonderful education in Oregon. My professors taught me a great deal and helped mold my pedagogy and philosophy of teaching today. Furthermore, I have been grateful to have had such wonderful mentors at my previous school that have helped guide me to becoming the best teacher I can be. With that being said, it is my direct work with children that has provided me with the experience to becoming a great teacher. I am well trained in teaching curriculum tied to the Common Core and Next Generation Science Standards, but having taught second language development and acquisition for most of my career, I find it is necessary to teach to the whole student and work with all that they may bring to my classroom each and every day. My goal is to not only teach the Spanish language, but to do so in a way that is fun and engaging, as well as in a way that makes each student feel safe, comfortable and empowered to take create a passion for learning within each student, which is necessary when acquiring a second (or third!) language.

I look forward to getting to know you and your children. Here’s to a fun-filled year and to growing our minds and our skills (myself included)!

Some exciting news for this month! We are preparing the Posadas/Novenas party for December. Lily, the organizer, is looking for extra help to organize such an important event!

We have the last Board of Trustees meeting too where we will review the accomplishments of this year and future challenges, and we will know a little better the family of the month! Jiselle, Sandy and Amy from the class of 0-4 years!

Learn about what other families are doing to get closer to the community and the quick tip of the month!

What are now learning in class? Who is our featured family of the month and their tip to raise a bilingual child? And the mindfulness technique of the month? Check it out in our newsletter- October edition!!

Check out our last news in our first edition of Bilingual Families of SJ Newsletter!

Our new edition gives information about the beginning of our classes this weekend September 10th-11th. If you have not signed up yet, you are still on time! Please register at https://docs.google.com/forms/d/e/1FAIpQLSf860_0xBcD4miZqIrcN4Ndcveoktuhn5SMUxLuX2xCgKgALg/viewform?c=0&w=1

This month introduces “Mindfulness”, which we are planning to include in our lessons; tips, the family of the month and finally we have chosen some cool community events in the area that you shouldn’t miss!

Check out our September edition here!

In an interconnected and rapidly changing world, many believe that America’s prosperity and economic strength depends on its students mastering a language other than English.  Consequently, the government, both state and federal, are paving the way to get a multilingual workforce which will enhance their competitiveness in the future. One of the most well-known examples is the 1 Million Strong initiative, endorsed by the US and Chinese governments, whose goal is to expand the number of US students studying Mandarin to 1 million by 2020.  Additionally, some states are now investing heavily in dual immersion programs with one major purpose: to increase their multilingual workforce so to attract new businesses to their states. New York is currently developing 40 new language-immersion programs in its school system. Montana, Delaware, Oregon, Washington, California, Texas and Utah are investing heavily in dual immersion programs. In the case of Utah, its Governor, Gary Herbert, set a target in 2010 for the development of 100 programs in intensive dual-language immersion programs serving 25,000 students by 2015. Utah met that goal two years ago, and the brisk pace continues with the launch of additional programs.

It is clear that there is a growing understanding that multilingualism is a key to future success. Last December 14, 2015, the Senate Education Committee favorably reported Senate Bill No. 3279 that establishes the State Seal of Biliteracy, a recognition for high school graduates who have attained a high level of proficiency in speaking, reading, and writing in one or more world languages in addition to English. The purposes of the State seal are to: encourage students to study languages and promote foreign language instruction in public schools; certify attainment of biliteracy; provide employers with a method of identifying people with language skills; provide colleges and universities with a method to recognize and award academic credits to applicants seeking admission; prepare students with 21st century skills; and affirm the value of diversity and honor multiple cultures.

One month later, the New Jersey Governor, Chris Christie, signed the State Seal of Biliteracy into law. New Jersey is now the 14th state to adopt it, and it is under consideration in a half-dozen more states.

Almost all human beings acquire a language (and sometimes more than one), to the level of native competency, before age 5. That is because we are all born with an innate biological ability for understanding the principles of organization common to all languages. Furthermore, according to research performed at the University of Washington, language has a critical period of learning. Babies and children are linguistic geniuses until they turn 7 where there is a systematic decline. The graph shown below is indisputable by scientists but there is no common explanation of this phenomena.

Source: Patricia Kuhl, co-director of the Institute for Brain and Learning Sciences at the University of Washington